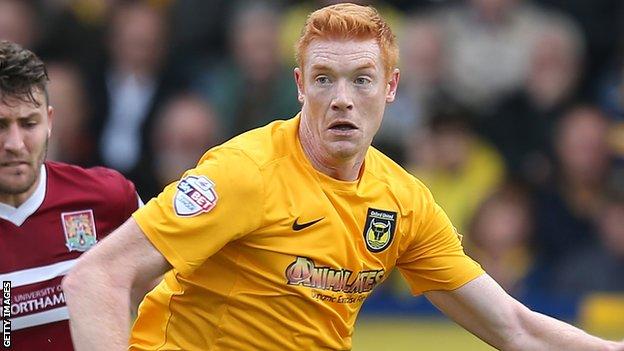 Oxford United striker Dave Kitson has been charged with misconduct by the Football Association.

He is charged with an alleged breach of FA rule E3 and the club have until 18:00 GMT on 12 November to respond.

The 33-year-old former Reading, Stoke and Sheffield United striker also called Brown "possibly the worst referee" he had come across in his 13-year career.