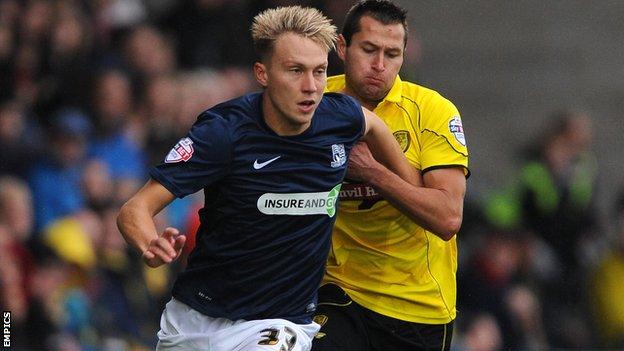 Southend United have extended the loan of Fulham striker Cauley Woodrow until the end of the season.

The 18-year-old has made 10 first-team appearances since joining the Shrimpers in September.

He has scored twice for the club, both goals coming in a 5-2 Johnstone's Paint Trophy defeat by Dagenham & Redbridge.

"Extending this until the end of the season means he can settle here, work hard and improve as a footballer," boss Phil Brown told the club website.

"As a young striker it's important to get games and goals. Cauley has got a couple in the cup and I'm sure when he does get that first league goal he'll kick on from there."

Woodrow will be available for Southend's first-round FA Cup tie at Morecambe on Saturday.