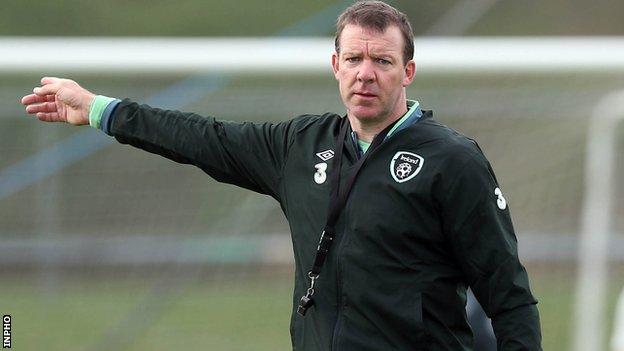 Alan Kelly has lost his role as Republic of Ireland goalkeeping coach as new manager Martin O'Neill is bringing in his own support staff.

Kelly, who had been in the coaching position for eight years, will be replaced by O'Neill's trusted ally at club level, Seamus McDonagh.

"I spoke to Alan in what was obviously an extremely difficult phone call to have to make," said O'Neill.

"The simple fact is that I have worked with Seamus before at club level."

O'Neill added: "I am well aware of how highly thought of Alan Kelly is in Irish football circles.

"I told Alan that I will go and meet him after the upcoming international games to talk to him and tap into his experience."

Kelly, currently goalkeeping coach at Preston, won 34 senior caps for Ireland and has been part of the set-up for 25 years.

He said: "To have represented Ireland as a player and a coach has been a privilege and an honour.

"The insight, knowledge and practical experience I have gained over the last eight years as a member of the senior management team, working alongside world-renowned coaches, has given me an invaluable coaching education at the highest possible level.

"I would like to wish Martin, Roy and all the squad the very best of luck for the future."

McDonagh will join O'Neill and Keane on the training pitch in Malahide next week as they prepare their players for Friday night's friendly clash with Latvia in Dublin and the trip to Poland four days later.