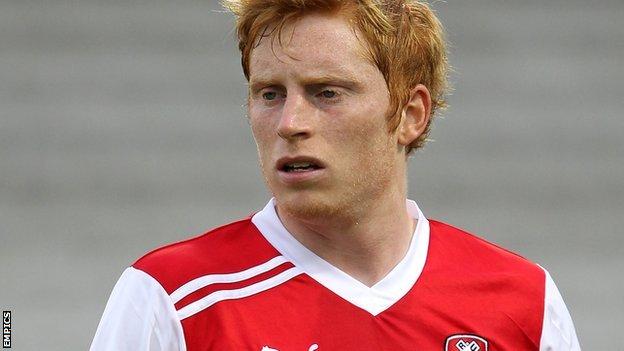 Rotherham breezed past struggling Stevenage to earn a first win in five League One games and stay two points outside the play-off places.

Ben Pringle opened the scoring on the rebound after Kieran Agard's header had been saved by keeper Chris Day.

Day made several fine saves to keep it at 1-0 but was taken off injured at the break and replacement Steve Arnold's error let Claude Davis head a second.

"It was a dreadful performance. There wasn't too much I could hang my hat on and say I was pleased with.

"There was a sentimental fatigue and probably a physical fatigue. We're asking a lot of them; we're sending the same 11 players out game after game.

"Mentally the spark wasn't there. The team spirit that has been so strong in the recent run of results was lacking.

"The one thing I would say today about the referee is that he was consistent and he tried to allow the game to flow."

"It was a good performance but nothing has changed as in terms of league action we've been playing exceptionally well.

"The performances have been good and today was just the same.

"We have some top players in that dressing room but they work very hard too - they are tired every single morning.

"As long as they keep working that hard they'll have that habit of winning football matches."