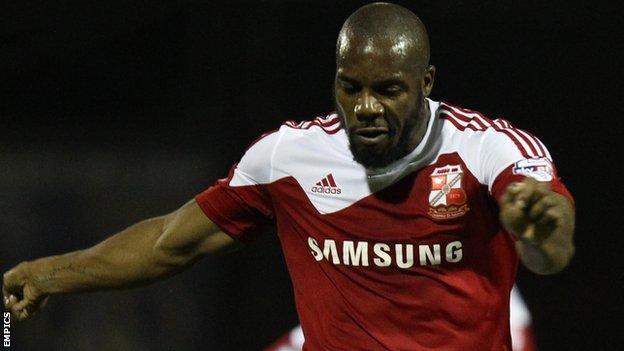 Swindon Town secured victory over Colchester to move into the League One play-off places.

Town doubled their lead straight after half-time when Dany N'Guessan got on the end of Ryan Harley's cross.

Magnus Okuonghae broke free to head home for Colchester with 12 minutes to go but Swindon survived a nervy finish.

Moments before the U's goal, Luongo's 35-yard strike crashed off the woodwork and Ajose's follow-up was ruled offside.

"I thought we were outstanding. It's been a long week with a lot of work on the training pitch.

"It's very nice when it comes off. The pleasing thing is we've come away from home and won.

"We wanted to hit them on the break with two wide strikers [in a 4-6-0 formation] which is what we did and I thought the game should have been well and truly over before it was.

"It was totally different to what we've done before and it worked."