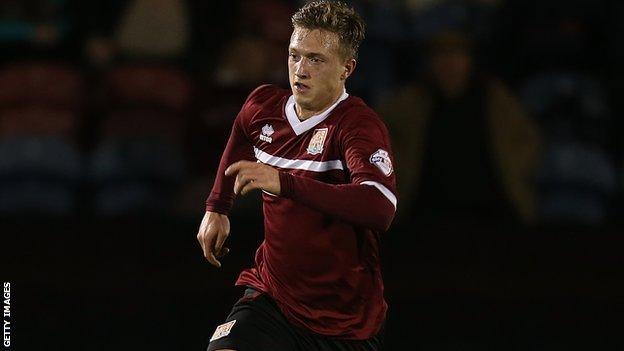 The hosts were on top in the first half but Fleetwood's David Ball went closest when he hit the post from 12 yards.

Ball went off injured before the break and his replacement Jon Parkin made a clumsy challenge in the 90th minute to give the Cobblers a late chance to win.

And Norris curled over the wall to grab a first league victory in five games.

But Northampton remain bottom of the standings, while Fleetwood drop from top to fourth.

"I've seen Fleetwood a couple of times and they're top of the league for a reason.

"But I thought our work ethic and willingness to want to get out of the trouble we're in was fantastic today. I'm really, really pleased.

"We deserved what we got. We played very, very well. I'm delighted for our supporters because we haven't had many wins like that.

"We've beaten the top of the league now, so there's no more excuses."