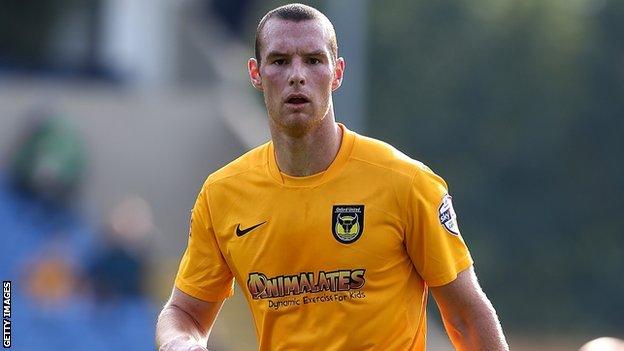 James Constable scored his 100th goal for Oxford as they beat 10-man Mansfield to go top of League Two.

Sean Rigg put the U's ahead from close range before Jamie McGuire was shown a straight red for a foul on Rigg.

An action-packed eight minutes of first half stoppage time saw Lee Stevenson level for the hosts only for substitute Constable to make an immediate impact with a neat finish.