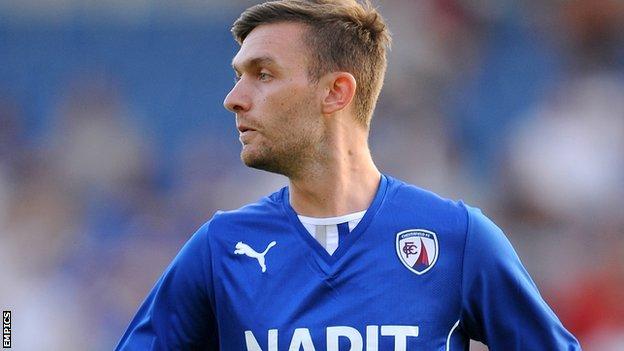 Oliver Banks scored a superb opener, beating a defender and crashing an 18-yard strike that keeper Martin Rice got a hand to but could not stop.

It was 2-0 before the break when Armand Gnanduillet's off-target strike fell kindly to Jay O'Shea.

Rice made a fine save to keep out O'Shea's first effort, but the Spireites man bundled the ball home at the second time of asking.

The Gulls rarely threatened and are now just a point off the bottom of the table following Northampton's 1-0 win over Fleetwood.

"I think it's been a very good week for the lads. We've won three games, kept three clean sheets and scored seven goals.

"The lads must take all the credit. It was always going to be difficult for us travelling to Torquay at the end of the week.