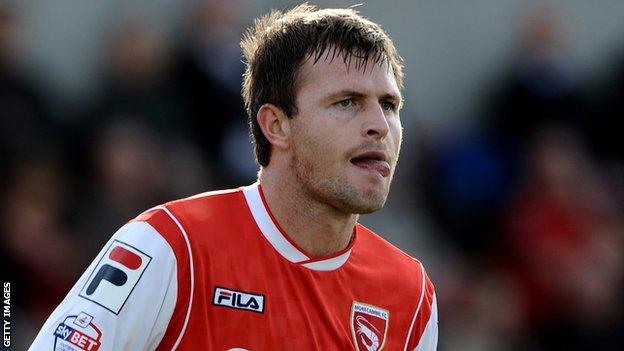 Two goals in two minutes - including an own goal by Morecambe's Mark Hughes - handed Rochdale all three points in their League Two clash.

Rochdale had been the livelier side but a bright second-half start by the hosts was soon undone by Hughes' error as he diverted a left-wing cross into his own net from close range.

Scott Hogan then curled a shot into the top corner as Rochdale took control.

Padraig Amond pulled one back for the Shrimps late on but Dale held on.