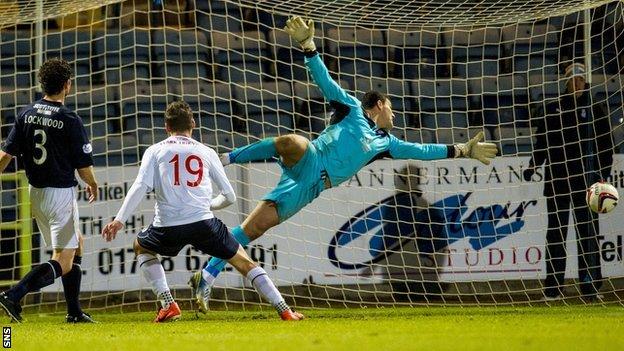 Ryan Conroy's first-half penalty after Will Vaulks' handball had given the hosts the lead.

Falkirk's David McCracken had a goal chopped off for offside before Kyle Letheren saved well from Rory Loy.

But the visitors snatched a leveller when Phillip Roberts found Leahy and he shot into the bottom corner from outside the box.