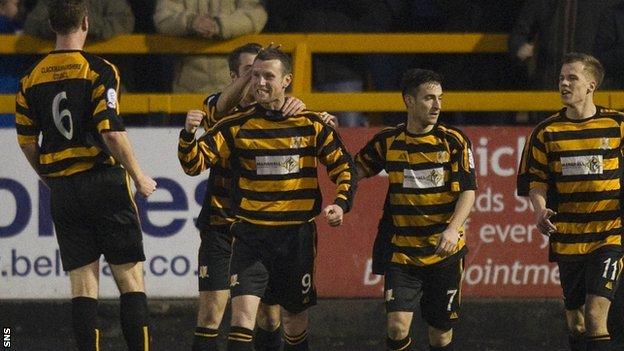 Alloa moved into fourth place in the Championship thanks to Andy Kirk's winner at home to Raith Rovers.

The hosts' midfielder Ryan McCord fired wide in the first-half before Raith Rovers forward Calum Elliot was denied in a one on one battle with Alloa goalkeeper Scott Bain.

Kirk rifled home his fifth goal of the season from the centre of the box after 64 minutes.

The win takes Paul Hartley's side to within two points of the Kirkcaldy men.