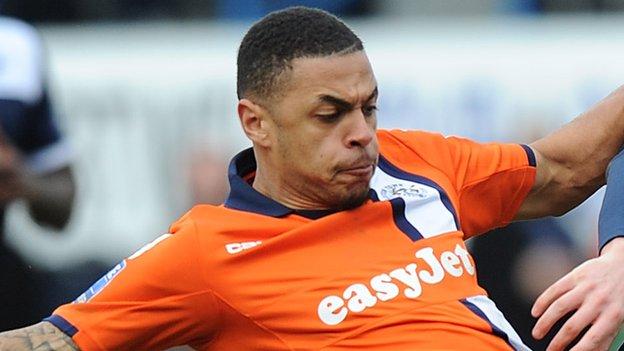 Luton ended a run of six successive away games with a draw against Chester at the Deva Stadium.

The Hatters' preparation was not ideal as their team coach got stuck in traffic, forcing kick-off to be delayed by around 15 minutes.

However, they did not let it affect them and went in front thanks to Andre Gray's clever turn and powerful strike.

The hosts equalised through Gareth Seddon's long-range effort and despite pressing for a winner Luton held on.

"I'm delighted. We've had a difficult day against a team that was really up for it.

"I think as long as everyone gives everything that they've got, I'm always going to be happy.

"I have to give the other team credit, they've worked their socks off today. I just spoke to one of their lads and he said that's the best they've played."