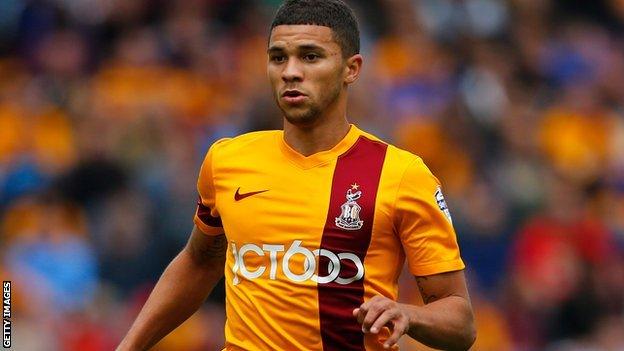 Nahki Wells completed a hat-trick with a dramatic last-minute penalty to earn Bradford a point against Coventry.

The Sky Blues made a superb start with Andy Webster's deflected half-volley and Leon Clarke's rebound making it 2-0 inside the first 10 minutes.

Wells scored twice from close range to level it before Callum Wilson thrashed in from a tight angle for the visitors.

There have been 62 goals in Coventry's 16 league games so far this season - an average of 3.88 per game

That looked to be it but Wells, who had earlier hit the bar, punished Jordan Clarke's injury-time handball.

A win would have seen Steven Pressley's side, now the Football League's leading scorers with 37 goals, go above the Bantams into eighth. As it is, they remain 12th.

Bradford, who last recorded a league win on 5 October, move up a place to seventh and sit two points outside the play-off places.