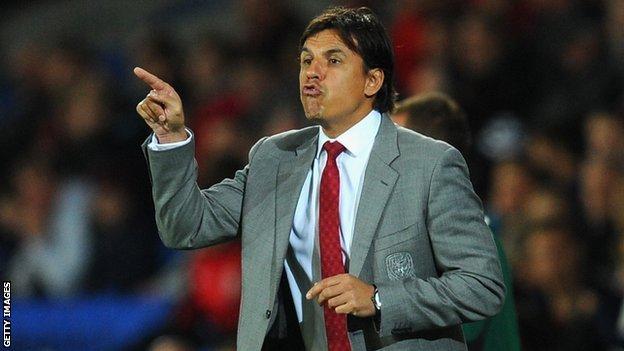 Chris Coleman is likely to continue in his role as manager of Wales, BBC Wales Sport understand.

Coleman's current deal with the Football Association of Wales expires following the friendly with Finland on 16 November.

The FAW has been in ongoing talks with Coleman, who has been linked with the vacant position at Crystal Palace.

It is understood Coleman is keen to continue and the FAW hope there will be a positive announcement this week.

There had been doubts over Coleman's position following a largely disappointing World Cup campaign in which Wales finished fifth after three wins, a draw and six defeats.

The former Fulham and Coventry boss previously said he was undecided about whether he wanted to continue in a role he took over in January 2012 following the death of Gary Speed.

The 43-year-old has been linked with the managerial vacancy at former club Palace, who parted company with Ian Holloway in October.

Speculation over his future increased after Friday's news conference to name the squad to face Finland was cancelled.

But the uncertainty could be ended before Saturday's friendly with Finland at Cardiff City Stadium.