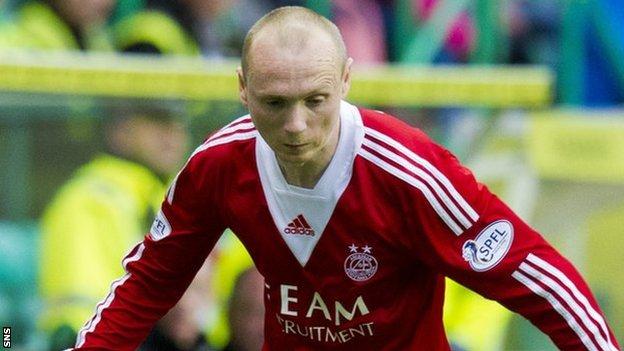 Aberdeen fear that midfielder Willo Flood will be out for six weeks after picking up his second hamstring injury of the season.

The Irishman picked up the injury during Saturday's 3-1 defeat by Hearts and will go for a scan early this week.

Flood sat out six weeks earlier in the campaign after picking up a similar injury in a League Cup second-round win over Alloa Athletic.

But the club and player hope it will not be as serious this time round.

The former Dundee United midfielder has been in good form for Derek McInnes' side.

However, he had to be substituted in the first half against Hearts at Pittodrie.