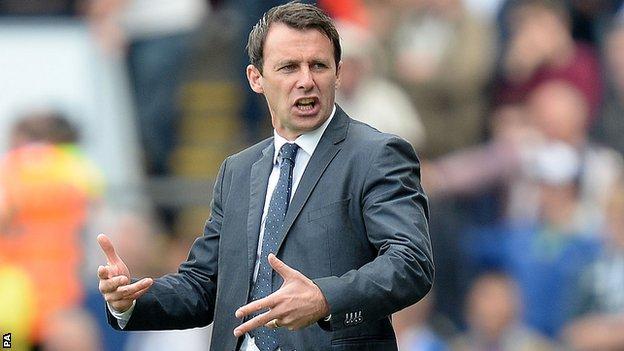 Bolton manager Dougie Freedman is pleased with his side's recovery from a poor start to the season.

They failed to win any of their opening 10 league games but have taken 11 points from their last five matches.

Wanderers registered their first home win since April on Saturday,

"We've stuck together, we tried not to get too down on ourselves and we worked hard on the training ground," the Scot told BBC Radio Manchester.

"We had a disappointing start and let's not shy away from that. I'm not satisfied at all with that start, but we've taken it on the chin.

"We're and that's resulted in a few good performances and a good few points, which I think we've deserved."

Goals from Rob Hall, Jermaine Beckford and Andre Moritz ended Bolton's near seven-month wait for a home victory and lifted Freedman's side up to 17th in the Championship table.

"We deserved it," added the former Crystal Palace boss. "That's the thing I'd like to put across first and foremost, because I don't like to rely on luck.

"We showed good character, good footballing skills and a good defensive unit, so I'm very pleased with the performance."