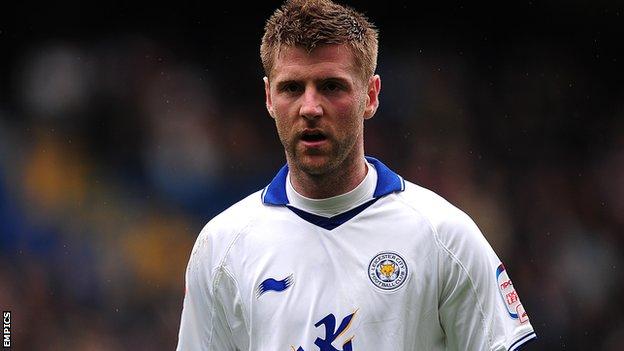 On-loan Preston forward Paul Gallagher says scoring a hat-trick against non-league Barnet in the FA Cup on Saturday was a satisfying moment for him.

Gallagher, 29, has started each of North End's last two matches - his first at senior level since February.

"When you haven't played for a long time, that feeling of scoring goals is the best you'll ever have," Gallagher told BBC Radio Lancashire.

"Last week [against Tranmere] I was over the moon to be playing, but to get a hat-trick and be in the next round of the FA Cup - I'm speechless."

Scotland international Gallagher found the net for the first time since October 2012, during a loan spell with Sheffield United, and he has already stated that he

He continued: "I know a few of the players and some of the staff so it's not been too hard to settle in. I've enjoyed the training and enjoying being around the place, and having that buzz on a Friday knowing that you've got a game on a Saturday."

Assistant manager Glynn Snodin added: "We know he can score and that he's a different class on the ball.

"You can train as much as you want but it's different when you play games. That 90 minutes will have helped him and scoring goals will give him a great lift."