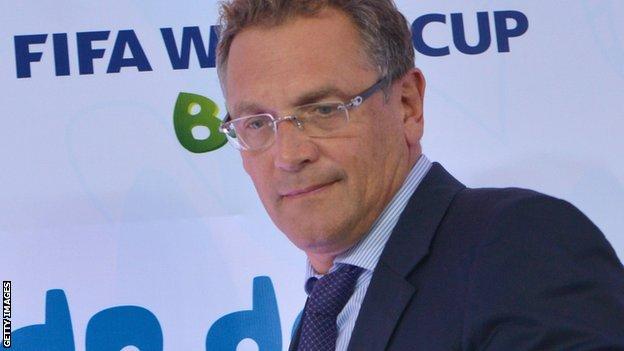 Fifa reiterated on Monday its decision to allow the World Cup play-off second leg between Egypt and Ghana to be played in Cairo, but agreed to meet Ghana officials again on Thursday to give further assurances over safety.

Ghana have twice unsuccessfully asked Fifa to move the 19 November match to a neutral venue because of unrest and outbreaks of violence in the Egyptian capital.

And on Monday after meeting officials from Ghana, including Sports Minister Elvis Afriyie Ankrah, Fifa again confirmed that the tie will be held at the 30 June Stadium.

But in an acknowledgement of Ghana's concerns, and following skirmishes between fans and police before Ahl Ahly's Champions League final victory over Orlando Pirates in Cairo on Sunday, Fifa said it would meet with the Ghana delegation again on 14 November.

BBC Sport understands that Cairo security forces will give a presentation of their plans to ensure safety before, during and after the play-off.

Up to 30,000 fans could attend the game, the first international in Cairo in two years and the first home game involving Egypt where such a large amount of supporters have been allowed in to a stadium since a riot at a club match in Port Said in 2012 led to the deaths of more than 70 people.

Ghana lead the play-off 6-1 from the first leg and are likely to qualify for the World Cup in Brazil next year.