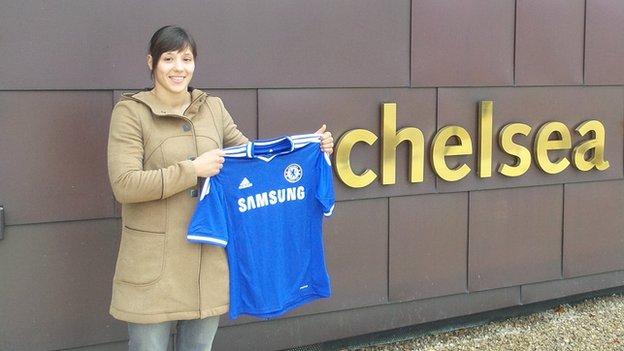 In 2011, the 25-year-old was the FA Women's Super League's top scorer but she has only 13 England caps with her last appearance in March.

Now she aims to impress the new England boss, set to be named this month.

"My international career has come to a bit of a stop but I know this is the right club to get me back in the window for England," she said.

"I am just going to work hard and ensure whoever the next England manager will be I catch their eye and they think 'you know what, we need her in the England team'."

But she was not picked in Hope Powell's Euro 2013 squad and has not featured in caretaker boss Brent Hills's plans as England started their 2015 World Cup qualification campaign with four wins from four games.

Williams, who was twice a runner-up in the WSL with Birmingham before they finished 16 points behind title winners Liverpool last season, said she was looking forward to teaming up with Chelsea manager Emma Hayes.

"It's an exciting season for sure and hopefully we can win something."