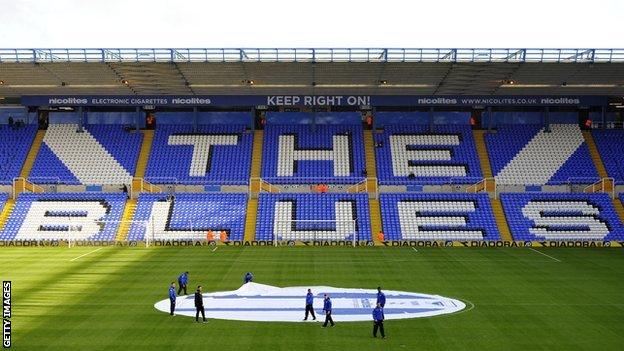 They face the Russian side in Birmingham on Wednesday after securing a 2-0 first-leg victory in Moscow.

Izzy Christiansen and Jo Potter were on target for David Parker's outfit.

"The first leg couldn't have gone much better but a third goal would have put one step into the next round," said Blues manager David Parker.

Birmingham are competing at this stage of the competition for the first time in their history having previously beaten Finnish side PK-35 Vantaa 4-0.

And Parker feels the team have exceeded expectations.

"It has been buzzing at St Andrew's," he said. "It is massive for Blues fans and will be an emotional time for some of the people, including the backroom staff.

"We don't have a lot of resources but the men's team have kept us going and it is up to us to achieve what we can.

"We are punching well above our weight and are the minnows. To get where we are is a minor miracle in itself."

Winger Karen Carney added: "To play at the ground of Birmingham city is a dream come true and it will be an honour to play on the pitch."