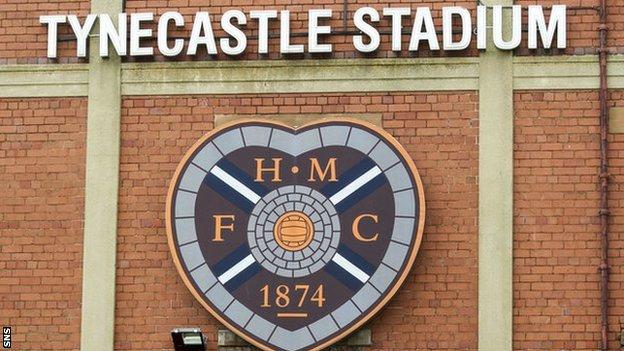 A liquidator has been appointed for Hearts' parent company UBIG.

Following a series of courtroom postponements, UAB Bankroto Administravimo Paslaugos will now begin winding up the Lithuania-based company which holds 50% of shares in the club.

And the club's creditors will be given the chance to accept an offer for the club worth £2.5m on 22 November.

"We welcome today's news," said FoH spokesman Ian Murray MP. "It's another step forward in the process towards giving Hearts a new start.

"We are hopeful that things will continue to progress ahead of the CVA [Company Voluntary Arrangement] meeting."

UBIG, which was controlled by former Hearts owner Vladimir Romanov, had its assets frozen in April after declaring insolvency.

The collapse of his bank, Ukio Bankas, led to the ruin of the Russian-born businessman's Lithuanian concerns.