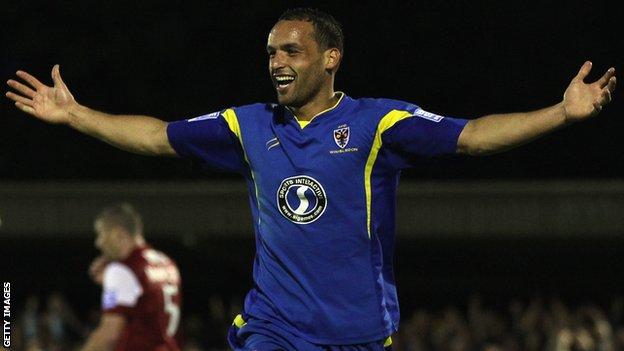 The 29-year-old scored five goals in 10 games for the Dons in 2011 after joining from Bath, helping them reach the Blue Square Bet Premier play-offs.

They went on to achieve promotion to the Football League, beating Luton Town on penalties in the final.

Mohamed joined Cheltenham that summer and enjoyed a fruitful two-year spell, before signing for Vale in June.