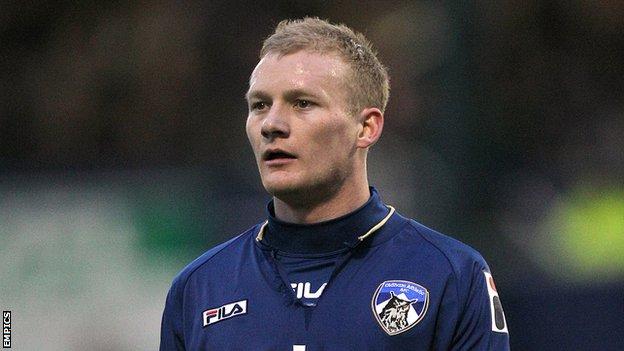 Simpson, 28, was a free agent after being released by Oldham in the summer.

"Robbie could prove to be a really handy signing for us," O's manager Russell Slade told the club website.

"We know we have a small squad so need players that are versatile and he can play up front or in midfield. Plus he's a great character to join the group."

Simpson, who began his career at Cambridge City, has trained with a number of clubs following his departure from Boundary Park in May.

Slade added: "We need to find out where he is in terms of his fitness.

"He's been at a few clubs over the summer but not had a full pre-season. We'll soon get him up to speed."

Simpson is available to make his debut in the Johnstone's Paint Trophy Southern section quarter-final at Stevenage on Tuesday.