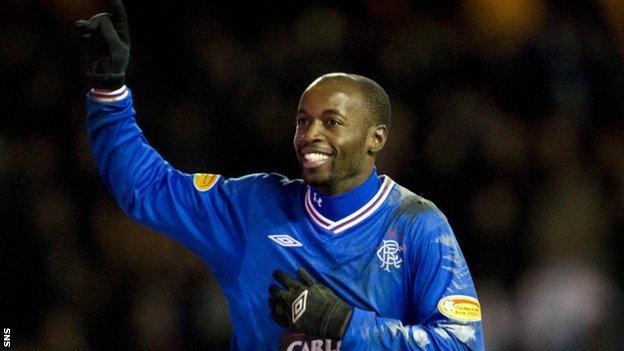 Former Rangers players DaMarcus Beasley and Alejandro Bedoya are part of a 23-man USA squad to face Scotland in a friendly on Friday.

It is the last time Scotland will play at Hampden before development work begins for the 2014 Commonwealth Games.

In May 2012, the USA defeated Scotland 5-1 in a friendly match in Florida.

Bedoya struggled to make his mark at Ibrox in a spell during 2011-12 and now plays for French Ligue 1 side Nantes.

Winger Beasley, now in Mexico with Puebla, won two league titles with Rangers between 2007 and 2010, as well as the Scottish Cup and the Scottish League Cup.