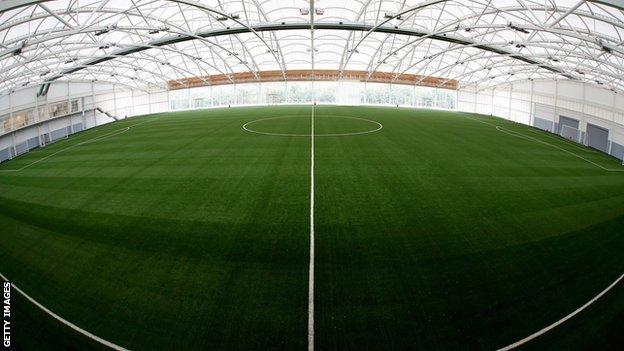 England are to switch bases ahead of friendlies against Chile and Germany after a stomach bug alert at the site of the National Football Centre.

A small number of visitors to St George's Park in Staffordshire were affected over the weekend, said the Football Association in a statement.

No players have experienced any virus symptoms but the Under-21s are moving hotels as a precaution.

The senior side will meet up in Hertfordshire instead.

They will report to the Grove Hotel near Watford on Tuesday before training at London Colney - Arsenal's training ground - while the Under-21s are relocating to Milton Keynes.

"This is an elite athlete precaution for the two senior teams," said the FA in a statement. "Normal operations continue for St George's Park and hotel staff, customers and the public.

"To reiterate, these proactive steps have been taken by the FA as a precautionary measure."

England's senior side have two matches at Wembley, against Chile on Friday and Germany on Tuesday, 19 November.