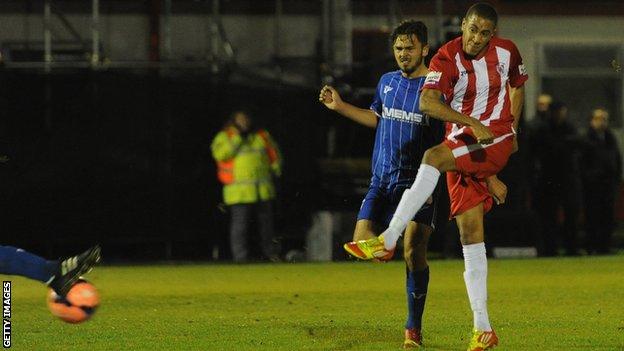 Conference North side Brackley reached the FA Cup second round for the first time in their 123-year history by beating League One visitors Gillingham.

Winger Glenn Walker's 20-yard strike was enough to win the replay and secure a trip to Conference Premier side Macclesfield in the next stage.

The visitors hit the woodwork twice in quick succession late on through Cody McDonald and Chris Whelpdale.

The two sides, who are separated by 63 places in the league pyramid, drew 1-1 in the original tie on 9 November.