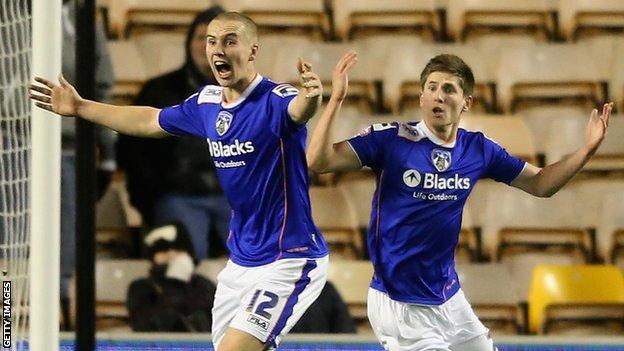 Oldham will host Mansfield in the FA Cup second round after winning their replay with League One leaders Wolves.

Danny Philliskirk struck his third goal in two games to put the Latics in front, poking in when Carl Ikeme let the ball squirm out of his grasp.

Ikeme saved another effort from Philliskirk, who also struck a post.

"I feel like we're improving and we're getting there. The boys are understanding what I'm trying to get into them.

"It's quite an advanced way of playing, especially for League One, but I have got intelligent footballers.

"I do feel that since the Crawley game, which was seven or eight games ago, that we've really turned a corner and the hard work on the training field is paying off."