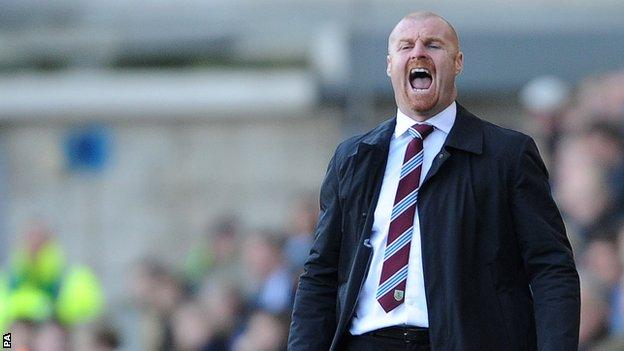 Burnley manager Sean Dyche plans to use the international break to look for potential new signings that could strengthen his squad at Turf Moor.

The Clarets are top of the Championship and Dyche, 42, is keen to maintain the momentum of their impressive start.

"We've got a very good group and we want to add to that when we can," he told BBC Radio Lancashire.

"If we can search through the market while we're having a break, that will be helpful as well."

Burnley are operating under a tighter budget this term after in August, although co-chairman John Banaszkiewicz confirmed to BBC Radio Lancashire last month that the club had started discussing plans for the January transfer window.

Goalkeeper Tom Heaton, plus midfielders David Jones and Scott Arfield, were all added on free transfers in the summer and have been key figures in

They are two points clear of both Leicester and Queens Park Rangers after 15 matches, and will return to action against another promotion-chasing club - Nottingham Forest - on 23 November.

"This [break] will be a valuable one because the players have put in a lot of effort and there's been a lot of quality in their play," added Dyche.

"We have got a small squad and we have to make sure they're in good shape. Our fans have enjoyed the physical shape they're in but it's important that's controlled."