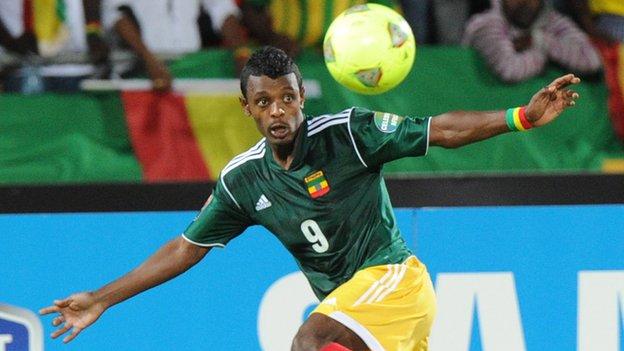 The 21-year-old Bidvest Wits player missed the first leg, which ended 2-1 to Nigeria, because of a knee injury

Coach Sewinet Bishaw will be delighted to have his joint top scorer back as the Walias aim to make it to Brazil 2014 for their first World Cup finals.

Striker Saladin Seid and midfielder Shimels Bekele are also in the squad.

Getaneh trained on Monday along with his team-mates, who are mostly home-based players.