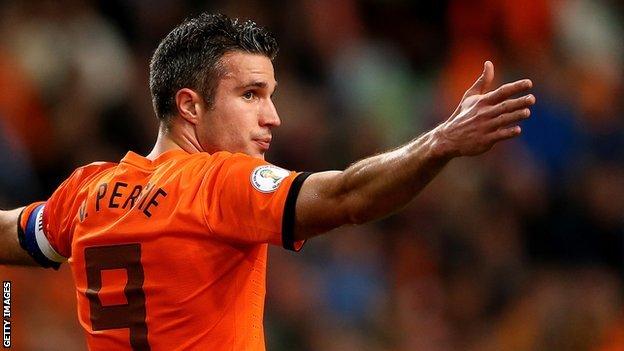 Manchester United striker Robin van Persie has pulled out of the Netherlands squad for the forthcoming friendlies against Japan and Colombia.

Van Persie, who captains his country, will miss the trip to Belgium to play Japan on Saturday and Tuesday's home game against Colombia.

He scored United's winning goal against former club Arsenal on Sunday before being substituted after 85 minutes.