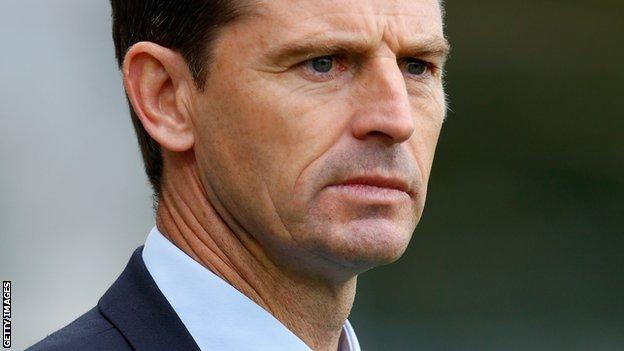 Hartlepool manager Colin Cooper accepts he must make changes to his in-form side during a busy week of games.

On Tuesday they face Rotherham in the Johnstone's Paint Trophy, and three days later visit Newport in League Two.

When I was playing, even if I was tired, I certainly would not have thanked the manager for giving me a rest

"I don't like it and think rotation's a modern-day phenomenon, but three games in six days forces my hand," he said.

Hartlepool's reward for their FA Cup victory over the Magpies is

Their clash with Rotherham is for a place in the JPT area semi-final, meaning they are now three rounds away from playing at Wembley.

"It's great to be in a quarter-final and you're bound to have a lot of games when you're doing well," Cooper told BBC Tees.

"[Assistant manager] Craig Hignett and I will have to sit down and decide who needs a break. I always want to pick my best XI but it's crucial that the players' energy levels are really high.

"Quite honestly, when I was playing, if I'd been in a side in this sort of form, even if I was tired, I certainly would not have thanked the manager for giving me a rest, that's for sure."