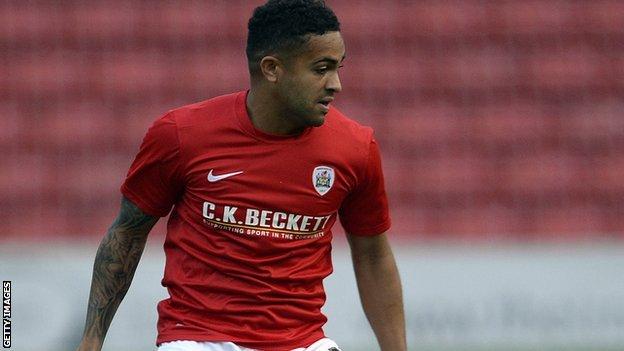 The 20-year-old made his first-team debut against Ipswich in October 2008 at the age of 15 years and 45 days to become the youngest ever Football League debutant.

He has gone on to score two goals in 41 appearances for the Reds.

Noble-Lazarus could feature for the Iron in Saturday's League Two match against Accrington.

Barnsley manager David Flitcroft suggested last month he would be willing to loan the player out, telling BBC Radio Sheffield: "If we could get Reuben out to the right team and the right mentor then I think that would be good for him.

"It's just part of the development process because I don't think the under-21 league offers them the stimulus they need."