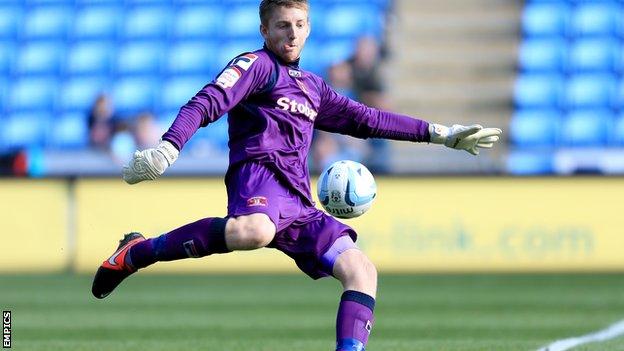 Carlisle United goalkeeper Mark Gillespie has been ruled out for between six and eight weeks after tearing the muscle behind his knee.

The 21-year-old limped off during last Saturday's FA Cup draw at Boreham Wood.

He was replaced in goal by defender Brad Potts as the Cumbrians had already made three substitutions.

Gillespie, who has been ever-present this season, could be replaced by Greg Fleming for Wednesday's Johnstone's Paint Trophy match against Fleetwood.

Fleming, 27, is yet to make his Carlisle debut after joining from Grimsby in the summer.

Meanwhile, full-back Pascal Chimbonda is doubtful for Wednesday's game and will be given a scan on a groin injury.