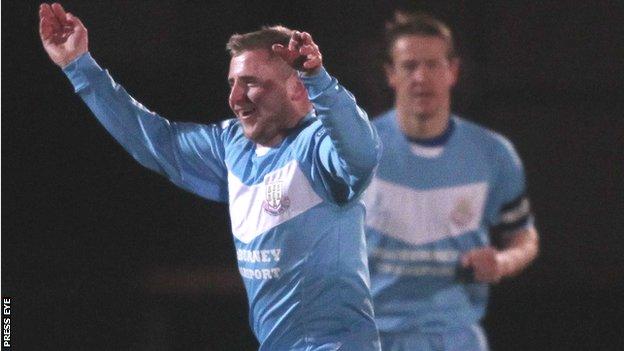 Ballymena United cruised to a 4-0 victory over Portadown in the League Cup quarter-final at the Showgrounds.

David Cushley's free-kick squirmed under keeper David Miskelly and into the net to give United an early lead.

The hosts dominated and Mark Surgenor netted from Tony Kane's pass before Gary Thompson curled in the third.

Alan Teggart converted a penalty in the last minute after Miskelly fouled Cushley as the Sky Blues sealed their first win in five games.

Miskelly was at fault for the first goal on seven minutes but the keeper went on to make saves from Alan Jenkins and Cushley to keep the Ports in the game.

The visitors rarely threatened although Stuart Addis made a fine save to deny Gary Twigg.

Surgenor scored his first goal of the season after 58 minutes while Thompson made it 3-0 with a cool finish four minutes from time.

Teggart completed an emphatic victory and a place in Saturday's semi-finals draw while Portadown suffered a fifth defeat in six games.