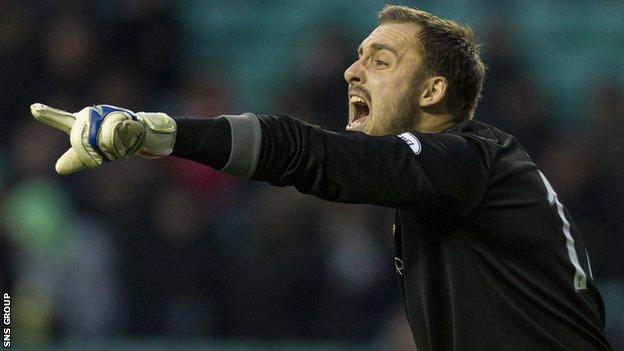 Inverness Caledonian Thistle have signed goalkeeper Dean Brill until the summer of 2016.

The 27-year-old joined on loan from Luton in the summer but the Highlanders have negotiated his release.

"Coming to Inverness has turned out a great move for me," he told the club website. "I enjoy living here and there is a great dressing room solidarity."

Club chairman Kenny Cameron added: "Discussions with Dean and Luton have been ongoing but they have now been brought to a highly satisfactory conclusion.

"Luton have cancelled the remainder of his two-year contract which was due to expire next summer. That has cleared the way for us to reach agreement with Dean and I am extremely pleased that he has signed a two and a half year contract with us.

"Dean has been very good to deal with and our supporters will be delighted that he has put pen to paper."