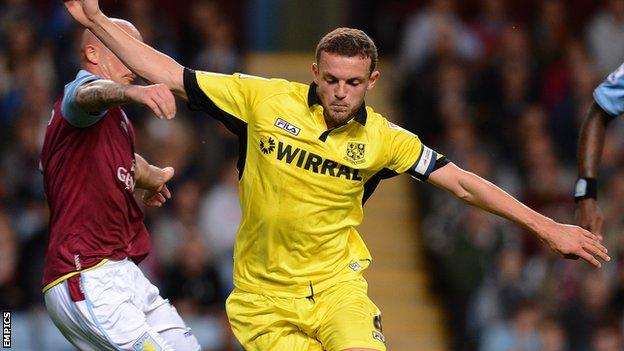 Tranmere captain James Wallace has moved closer to a comeback after almost a year out injured by completing the full 60 minutes of a training match.

The 21-year-old appeared against the club's youth team on Tuesday.

Wallace was after suffering a knee injury in December 2012, but has not played since then.

Midfielder Wallace joined Tranmere from Everton in the summer of 2012 and played a key role in Rovers' rise to the top of League One in the early stages of last term.

However, his injury absence coincided with a dip in form that eventually saw Ronnie Moore's side finish in mid-table.