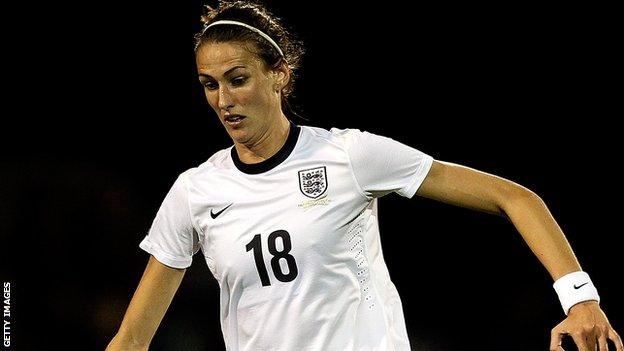 England midfielder Jill Scott has left Everton Ladies after reaching the end of her contract with the Blues.

The 26-year-old, who has won 74 caps, captained Everton to fifth place in the 2013 Women's Super League.

"I have had seven great years at the club but just felt like this was the right time to seek a new challenge," Scott told the club website.

"The girls have been fantastic over the years and it's really difficult to leave such a great club."

The former Sunderland player added: "I would like to thank everybody at the club, especially [former Everton manager] Mo Marley and [current boss] Andy Spence.

"If it hadn't been for them and Everton, I wouldn't have been given the opportunities I have had at international level or had the chance to win honours like the FA Cup [in 2010] and League Cup [in 2008]."

Scott has appeared in the last two World Cups for England, as well as the European Championships in 2009 and 2013.