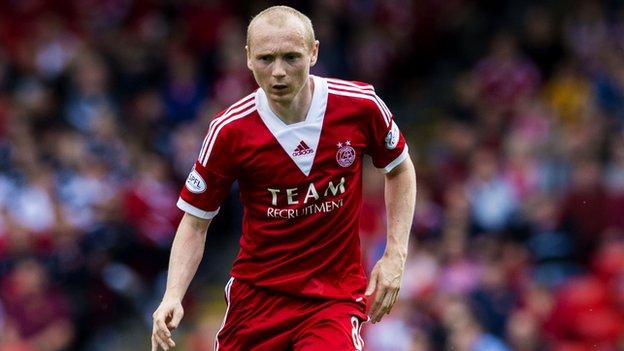 Aberdeen midfielder Willo Flood will be out for up to six weeks after suffering a hamstring injury.

The Irishman sustained the hamstring tear during Saturday's 3-1 defeat by Hearts at Pittodrie.

Flood sat out six weeks earlier in the campaign after picking up a similar injury in a League Cup second-round win over Alloa Athletic.

The former Dundee United midfielder has been in good form for Derek McInnes's side this season.