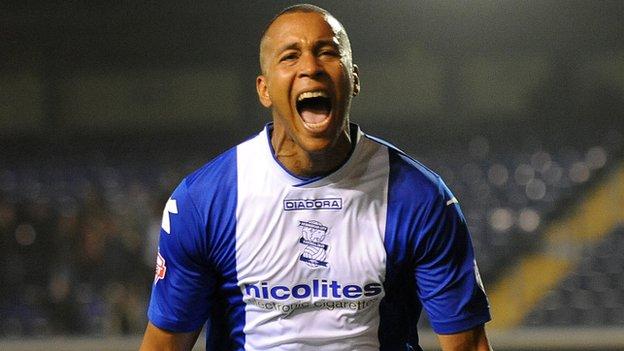 Birmingham City striker Matt Green has been ruled out for the rest of the season after being told that he needs to undergo knee surgery.

After suffering the injury in training, a scan has shown that the 26-year-old summer signing from Mansfield Town has cruciate ligament damage.

"He is seeing a specialist, who will decide when he has the operation and see if there is any other damage."

Green has netted twice in 12 appearances since being signed on a two-year deal.

He is the second of Birmingham's summer purchases ruled out for the season, following the loss of full-back Neal Eardley, also with knee trouble, in September.

Blues also have long-term concerns about Jonathan Spector, who is out for an estimated three months with a recurrence of last season's thigh injury, and left-back David Murphy's knee.

They are also waiting to learn the extent of the ankle injury suffered by winger Chris Burke in Saturday's heartening 3-1 win at Clark's old club Huddersfield Town.