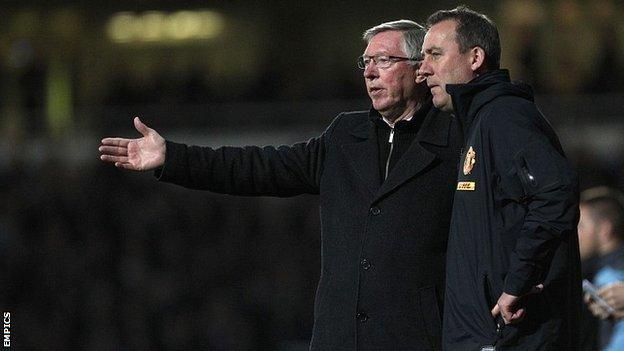 Fulham have appointed Rene Meulensteen as their head coach to work alongside manager Martin Jol.

"I have spent many hours talking with Martin Jol and we share a vision of how football should be played," Meulensteen, 49, said.

"It is our job to make sure we can bring this vision to life on the pitch for the fans."

Fulham chief executive Alistair Mackintosh added: "We are all delighted to welcome Rene to Fulham.

"There was always going to be a battle for Rene's services and, with the assistance of our chairman Shahid Khan, we have been able to bring one of the best coaches in the world to Fulham."

Meulensteen's appointment comes with Jol under pressure at Fulham.

His side have lost their last four Premier League games to drop into the bottom three, with fans growing more vocal in their disapproval.

Meulensteen initially turned down the chance to work alongside his fellow Dutchman Jol last month as he continued talks with the Qatar FA about becoming a technical director.

Manchester United striker Robin van Persie has described Meulensteen as "one of the best coaches in the world," but he left Old Trafford in June after new United boss David Moyes chose to appoint his own backroom staff.

In August, he left Anzhi Makhachkala only 16 days after being appointed head coach as the Russian club attempted to trim their wage bill.