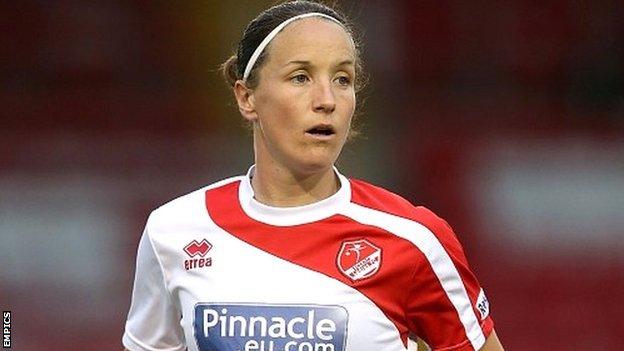 The 31-year-old, who played for Lincoln Ladies last season, has won 116 England caps.

"It is an honour and a privilege to be appointed and I'm really looking forward to the new role," she said.

"I want to take women's football forward. This enables us to have a voice for the women's game and spread awareness of the great things the PFA do and can offer."

Stoney, who is yet to decide where she will play next season, was involved with the PFA when the England team were renegotiating their central contracts with the Football Association earlier this year.

Those contracts increased by £4,000 to £20,000 and Stoney sees that as evidence the union has played an important part in the growth of the women's game ahead of the Women's Super League (WSL) expanding to two divisions next summer.

The England squad have been members of the PFA since 2011, with WSL players joining the union last year. The PFA has 100 members from the WSL, compared to 3,500 in the men's game.

Stoney told BBC Sport: "[The PFA] were key in moving things forward for us. Even from the PFA annual general meeting on Wednesday, women's football was high on the agenda.

"Being on the management committee now, I will try and engage more female members.

"It's a massive step forward for the women's game."