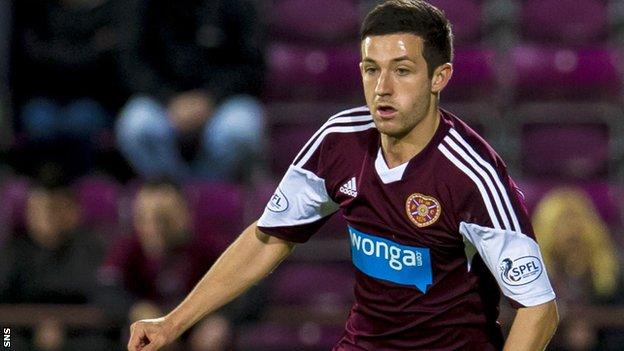 Hearts midfielder Jason Holt is out for the rest of the year after breaking a bone in his foot during training.

The Scotland Under-21 midfielder will have surgery next week after fracturing a metatarsal.

"The bad news is we're looking at him being out for six to 10 weeks," manager Gary Locke told the club website.

"Jason landed awkwardly in training and said he felt something go in his foot. There was nothing in it but he limped off and was in some pain."

Holt, 20, has scored once in 15 appearances for the Premiership's bottom side this term.

"We always knew injuries would be a problem for us this season given the size of squad we have but there's nothing we can do about it and we'll just have to get on with things," added Locke.

"It will give an opportunity for others but we don't have too many options to be fair."