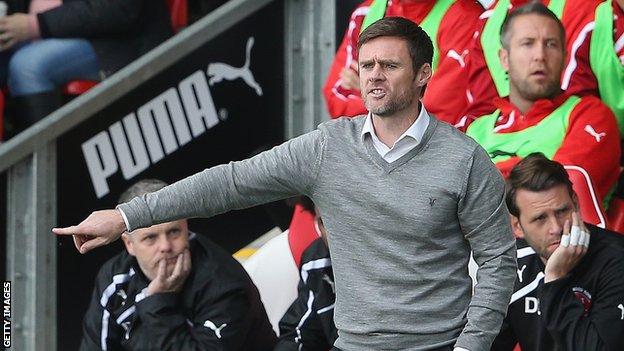 Manager Graham Alexander praised an excellent display by his team as Fleetwood Town beat Carlisle 2-0 in the Football League Trophy on Wednesday.

Goals from David Ball and Antoni Sarcevic were enough for the Cod Army to register a fourth straight win.

The League Two leaders have now beaten three League One sides on their way to the northern area semi-finals.

"As a performance, that was as near to complete as possible," Alexander, 42, told BBC Radio Lancashire.

"You can't pick out any individuals from a performance like that. It's all about the team and the lads know they can't do anything on their own.

"We're not going to get carried away.

"We know we're being at the top, but the work we do on the training pitch is what gets performances like that [against Carlisle].

"I'm going to have another problem on Friday, picking a team for Saturday's game at Northampton."