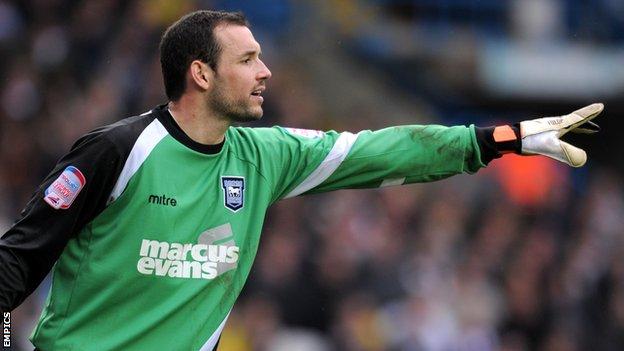 Former Ipswich Town and Sunderland keeper Marton Fulop has been cleared to return to football after having a tumour removed from his arm.

The 30-year-old underwent successful surgery in June and has since been receiving post-operative treatment.

He played for Greek club Asteras Tripoli last season but has been a free agent since the summer.

Sunderland and Ipswich said the Hungary international wanted to pass on his thanks to fans for their support.

Fulop learned of the tumour in April while being operated on for another arm problem.

Seven months later doctors in Budapest have cleared the former West Brom, Leicester, Coventry and Manchester City shot-stopper for action, but he will receive regular medical check-ups over the next five years.