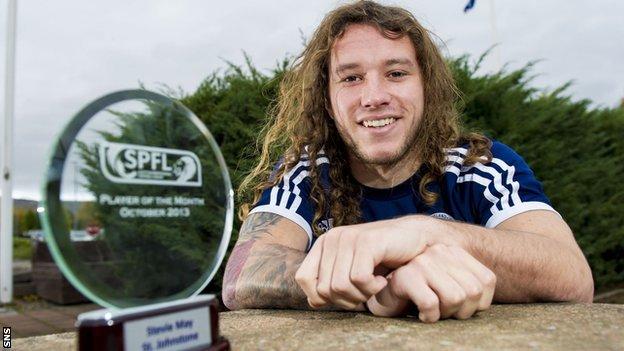 St Johnstone have recorded an awards double after Stevie May and Tommy Wright picked up prizes for October.

Striker May, 21, has won the Scottish Professional Football League player of the month award after scoring twice last month.

And Wright has been named Scottish Premiership manager of the month with Saints winning two of their three league games in October.

The Perth side also secured their place in the Scottish League Cup semi-finals.

A 1-0 win over hosts Greenock Morton at the end of the month clinched a last-four place and St Johnstone will take on Aberdeen at Tynecastle on 1 February.

In all, May has scored 11 times for Saints so far this season and has also made his first four appearances for the Scotland Under-21 side, netting one international goal.