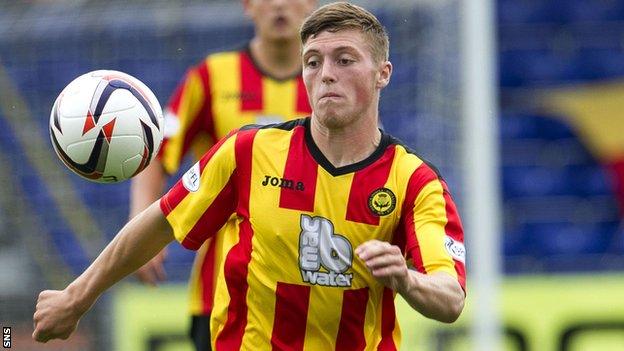 The 19-year-old, on loan from Bolton Wanderers, has already served an automatic two-game ban.

Fraser was found guilty of seizing Dunfermline's Chris Kane, causing him to fall to the ground and kicking him repeatedly on the head and body.

He will be free from his ban three days before his loan ends on 4 January.

Fraser switched from Hamilton Accies to Bolton in the summer and was immediately sent out on loan to Firhill.

He started their first four Scottish Premiership games but has not featured for the first team since August.

Now, following his appearance in front of a Scottish FA disciplinary tribunal for the 22 October incident, he will be banned until 1 January, when Thistle travel to face Celtic in the Glasgow derby.

A Thistle website statement read: "Gary, who is on loan at Firhill until 4 January, has been given an additional seven-game ban.

"He will be available again for selection from 1 January onwards."

Fraser had been issued with a SFA notice of complaint following his clash with Kane, accusing him of "punching a player on the opposing team" and "thereafter kicking him repeatedly on the head and body".

"He just said the red mist came down and he retaliated," said Archibald. "He knows he let himself down."