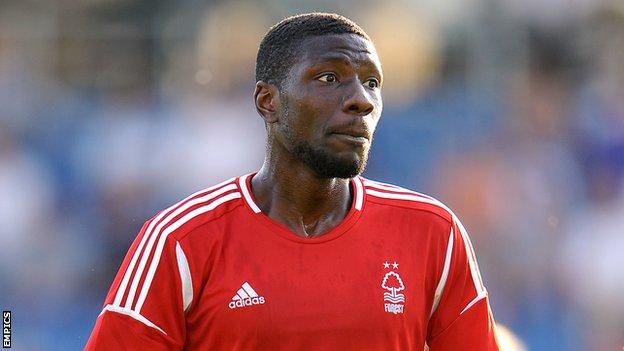 The 28-year-old, who has featured four times for Forest this season, joins the Lions until 2 January.

"Guy is big, strong and athletic, and that's exactly the type of player we've been looking for."

Frenchman Moussi moved to the City Ground from Angers in 2008 and has scored three goals in 139 appearances for Forest.

The midfielder will be ineligible to face his parent club when they visit The Den on 3 December.