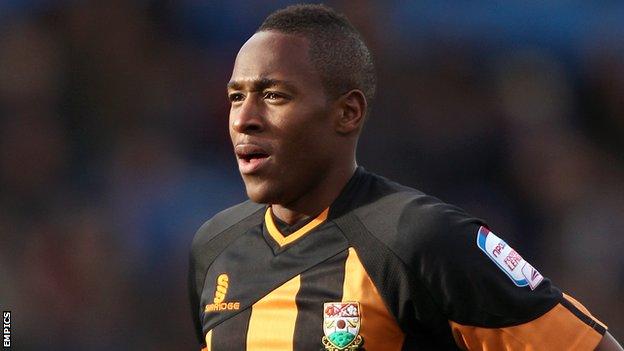 The 23-year-old former West Ham trainee was a free agent after leaving Barnet by mutual consent in April.

"It's a great place, there's a great team spirit within the team and everyone wants to do well for each other," he told the club website.

"Wayne Burnett has got the team playing a great attacking way so I can see where I can fit in with the squad."

He continued: "I've heard Wayne speak to the team about what he wants from the players and the attackers and that's right up my street so I think I can fit in well.

"I just want to impress Wayne, impress the fans and make my family proud of me."

The 25-year-old has scored one goal in seven appearances for the Daggers this season.