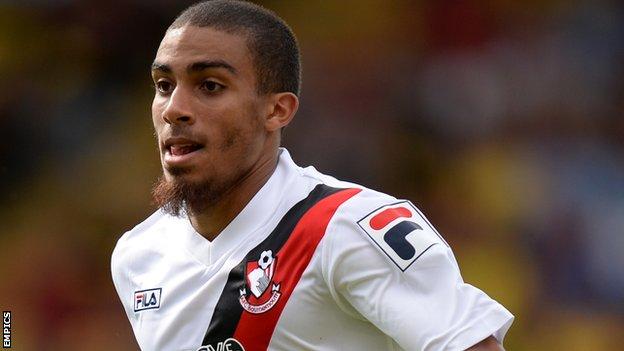 Bournemouth top scorer Lewis Grabban has signed a contract extension to keep him at the club until June 2016.

He has been ever present in the Championship this season and has scored seven goals in 15 appearances.

"I still had two years left on my contract but the club wanted to extend it and I was more than happy to do that," said Grabban.

"This is one of the first times in my career that I've felt settled and that's why I didn't really have to think too long about signing a new contract."

Grabban started his career at Crystal Palace before joining Millwall in 2008.

He spent the latter part of his Lions tenure on loan at Brentford and, following his release, he went on to join Rotherham.

The forward impressed with 18 goals in 43 League Two appearances during the 2011-12 season and agreed a move to Goldsands Stadium.

"I think he has grown to the level," said manager Eddie Howe. "There are question marks when you gain promotion over how certain individuals will perform and no one can ever predict that.

"But he is someone who has really made the most of the opportunity and hopefully he can continue to do that."