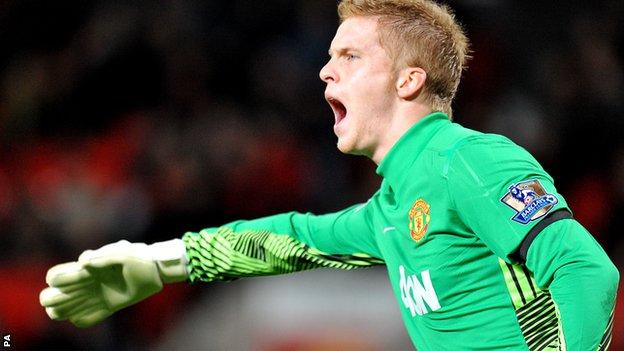 The 23-year-old played 19 times during a

"We urgently needed cover and Ben is a good all-round keeper, has plenty of experience and is desperate to play," Carlisle manager Graham Kavanagh told the club website.

"Man Utd haven't given him permission to play in the FA Cup but I must thank them for how brilliant they have been in helping push this through."

A former England U21 international, Amos has made seven appearances for his parent club since turning professional in 2008.

He has also had temporary stints with Oldham, Norwegian club Molde, and Peterborough.